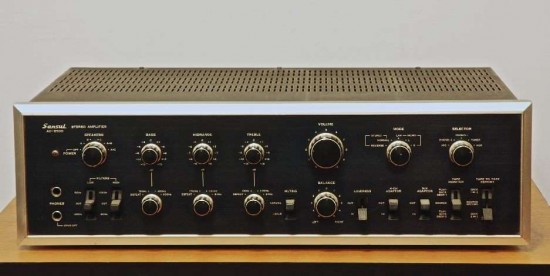 The highest-class Integrated Amplifier which the SANSUI completed based on the chosen part making full use of the highest circuitry technology. 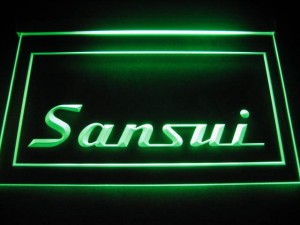 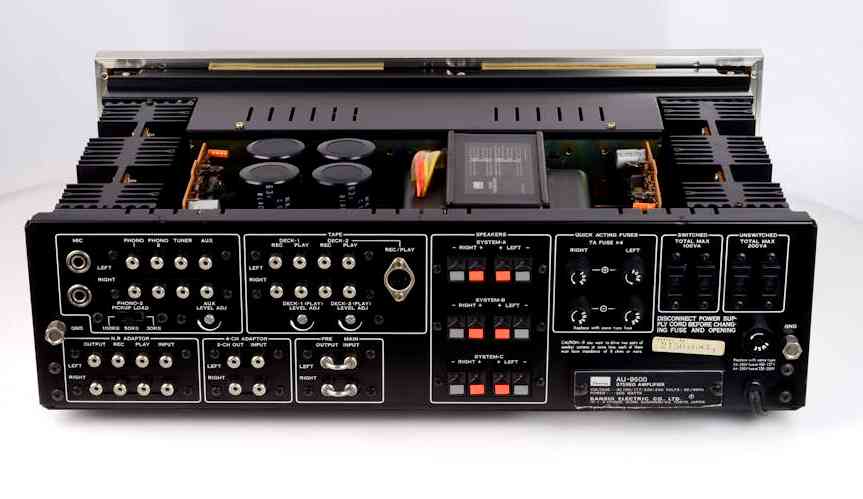 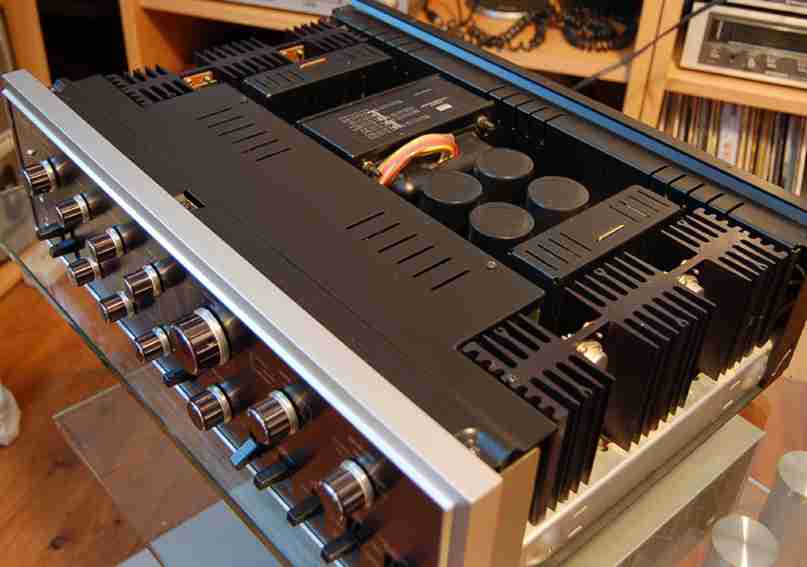 The highest-class Integrated Amplifier which the SANSUI completed based on the chosen part making full use of the highest circuitry technology.

The stable whole page hardwired-connection OCL pure complementary circuit is adopted the fully examined component parts and by making full use of a technical expertise. Moreover, by adopting the parallel push-pull circuit which is proud of the Oide power and a low distortion, from 5Hz to 40kHz, the THD, Cross modulation distortion, and Power Band Width from the Koide power to the Oide power also had a margin, and have fully guaranteed 0.1% or less. 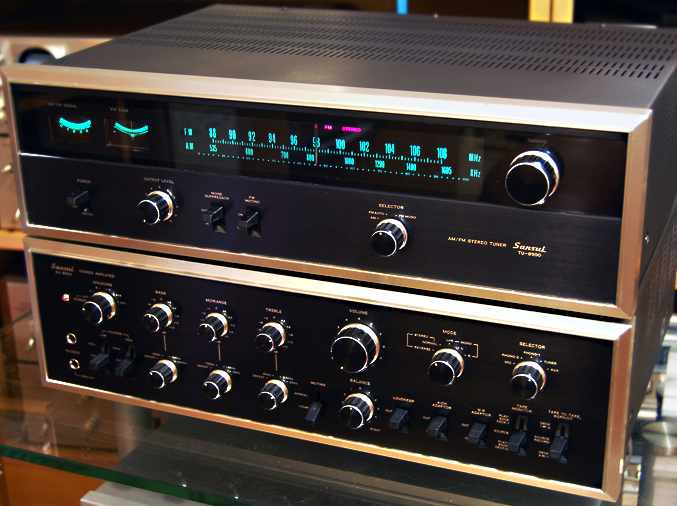 A large-sized power transformer and a 4×4,700-micro F mass capacitor are used for a power-source part.
The drive which became independent in the power stage and which adopted the +-2 power-source scheme, raised stability, and had the allowance of a power transistor while carrying out the powering is enabled for every channel.
Furthermore, the power stage and the predrive stage are used as another power source, and the predrive stage is made to drive on a voltage higher than the power stage. For this reason, the drive stabilized without being influenced by the load variation is enabled. 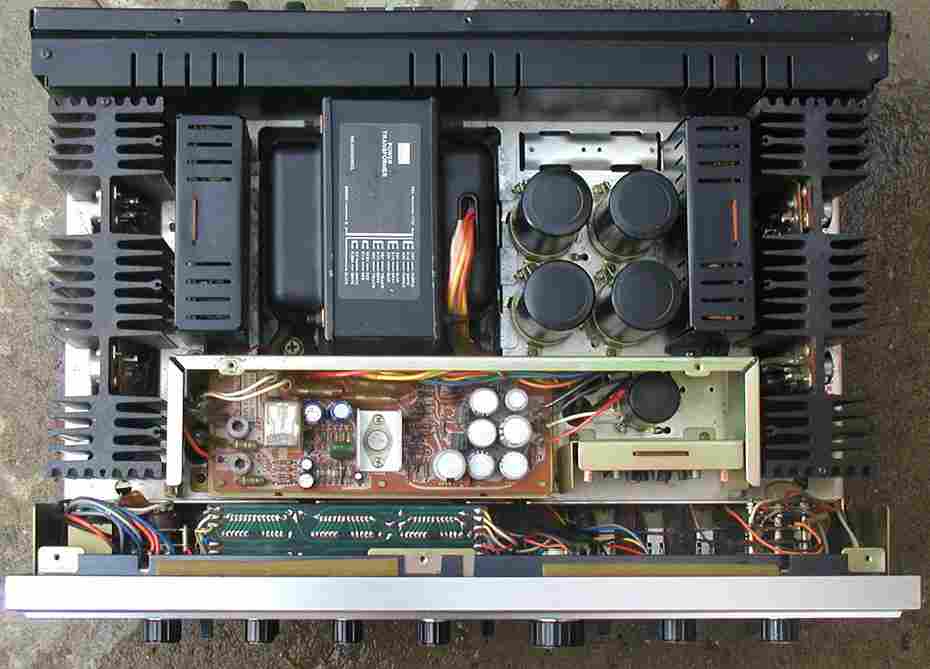 The parallel push circuitry which can reduce the collector current of a power transistor to conventional one half. In this circuitry, since only the good fraction of the current characteristic of a transistor can be chosen, the high output which the whole page hardwired-connection OCL pure complementary circuit and the interval pressed down distortion, and was stabilized as for them can be obtained.
Moreover, by considering the differential amplifier which influences the stability of a whole page hardwired connection as the two-step stream composition by the combination of a low-noise transistor, and carrying out a constant current drive, it is designing so that a parallel push-pull operation may be performed ideally. 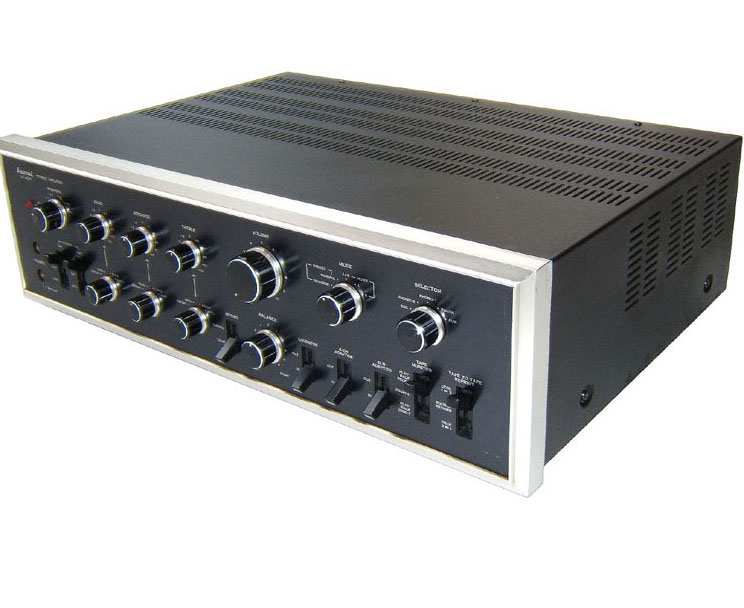 The three-step hardwired-connection equalizer circuitry of PNP-NPN-PNP is used for an equalizer circuitry.
Furthermore, they are 300mV of maximum permissible inputs by the high voltage supplied from the stable constant-voltage regulated power supply.
Moreover, the RIAA deflection which has influence on a tone quality has also guaranteed the value of ±0.5dB to the RIAA element in 30Hz – 15kHz by the low-noise transistor, little resistor with error, and a capacitor.
The it1 noise generated at the time of a switchpoint switching used – power source, and has solved it by setting base potential of the first rank to 0. 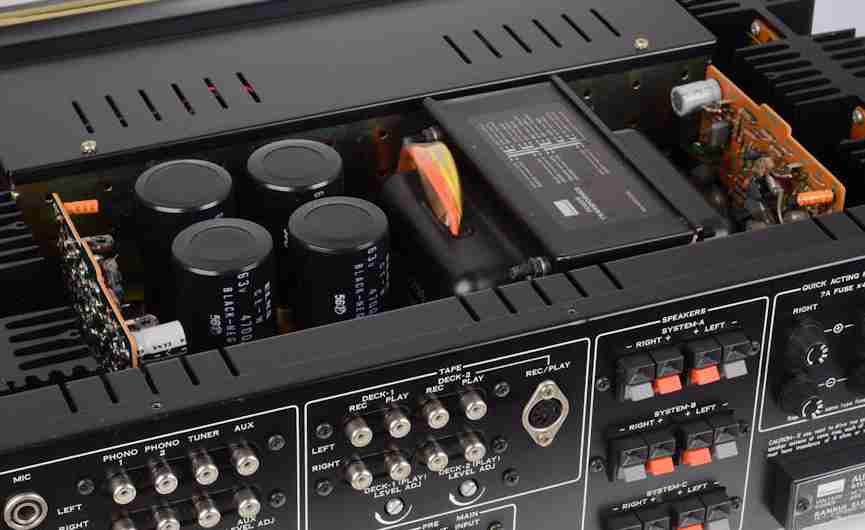 When it becomes an overload, the collector current of an output stage and the driver stage builds the current limiter circuit restricted so that beyond a certain constant value may not flow in the protection of a transistor.
At the time of bads, a power transistor and a speaker are protected with an immediate judgment fuse with the relay which combined the electronic circuitry.
Moreover, since the relay circuit serves as the audio muting, there is no unpleasant pop noise at the time of power activation. 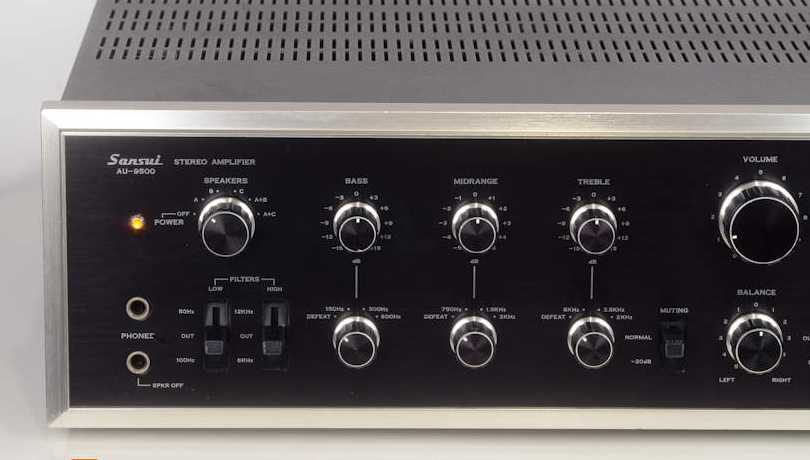 A bass and loud sound have adopted T.T.C. (triple tone control) of only ±5dB and the SANSUI from which an ideal curve is obtained by a 1dB step only ±15dB and inside sound at a 3dB step.
T.T.C. In order that amplifier may secure a high input impedance to the first rank, low-noise FET is used for it and it serves as NF type of the three-step hardwired connection and the two-step hardwired-connection circuitry. 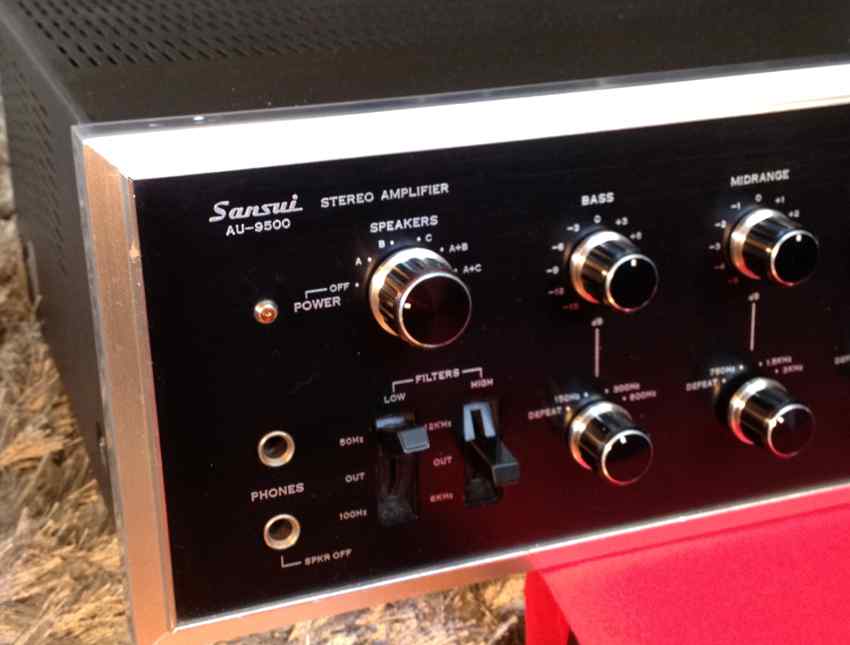 The good exclusive NF type active filter circuit system of the piece of 12dB / oct can be adopted, and, as for a high filter, the low filter can change a cut-off frequency to 12kHz and 6kHz at 25Hz and 50Hz.
There is no variation of the frequency response in a mid range. 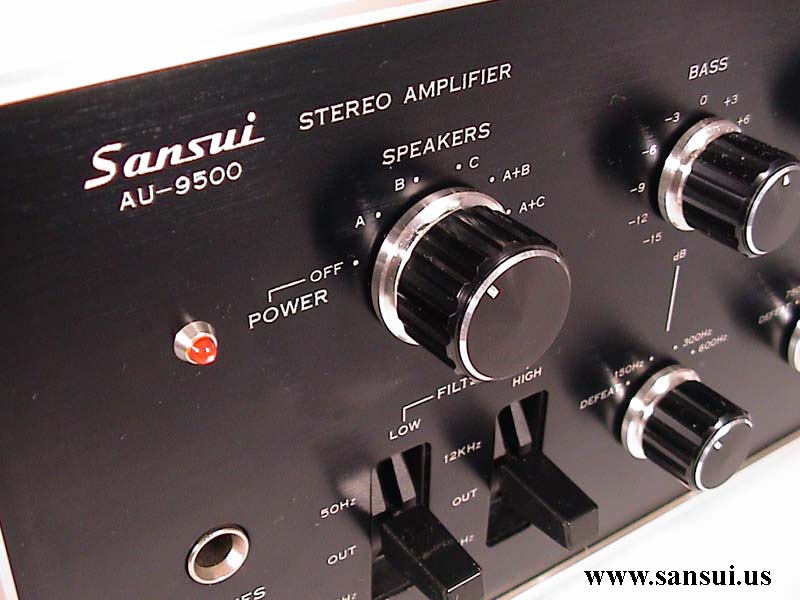 Two Phono inputs are carried, and it is designed so that Phono1 may respond to 50kohms, Phono2 may respond to a cartridge and an input impedance may be changed to three steps, 30kohms, 50kohm, and 100kohm.

Even if it does not use a volume, the muting switch which can decrease all [ of 20dB ] the compasses is carried.

The level adjuster is taking lessons from Deck1, 2, and AUX, and it is made by unification of each input level, and whenever it is a selector changeover, the volume set which it is can be excluded.

All thumbs are the products made from an aluminum Naked. 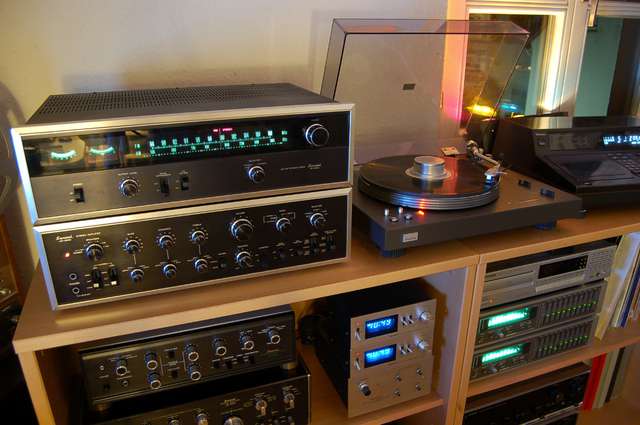 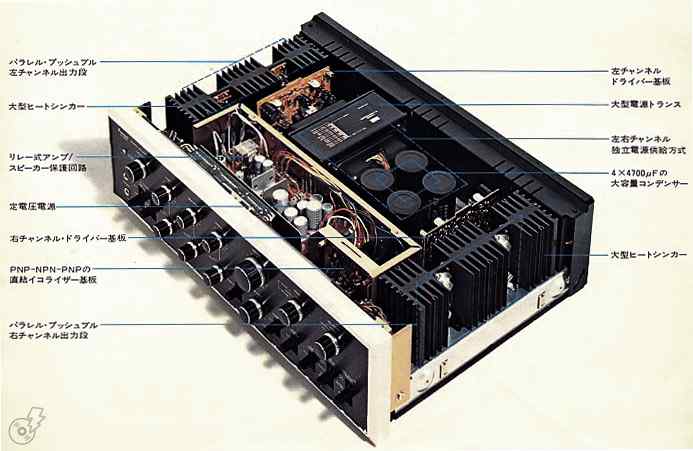 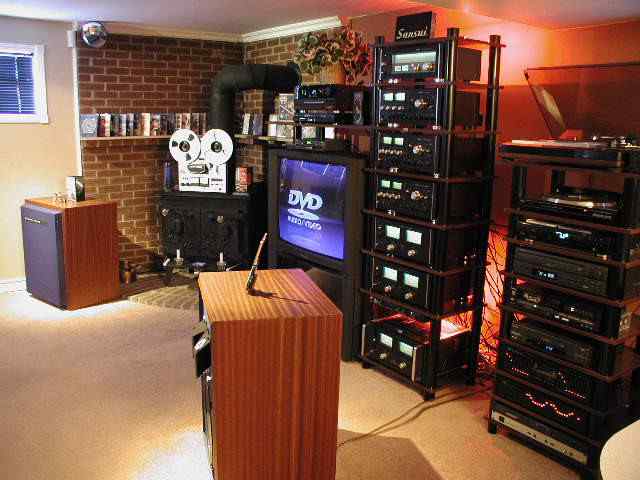