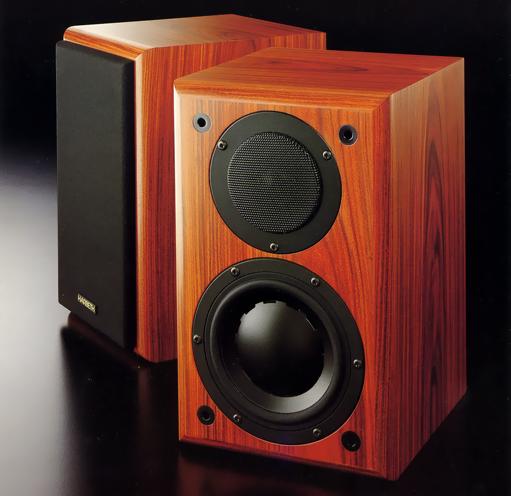 LS5/12A Grade 1 Miniature Monitor Loudspeaker which BBC developed as a new reference of a small speaker. 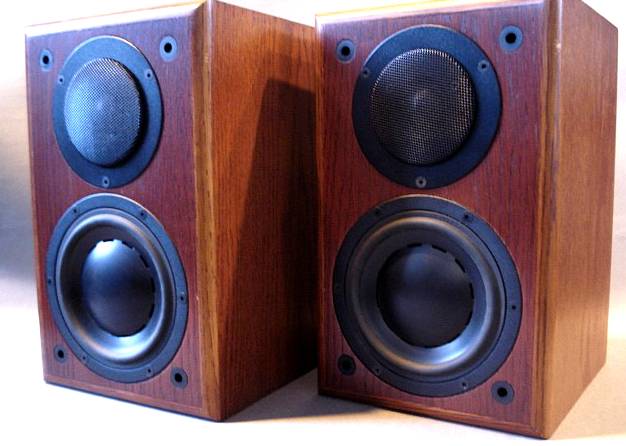 LS5/12A Grade 1 Miniature Monitor Loudspeaker which BBC developed as a new reference of a small speaker. Grade1 meant it as the monitor speaker of the highest grade used for the voice check in the stage before sending to a transmitter from studio, and LS5/8, LS5/9, LS5/12A, etc. were used.
Incidentally, let LS3/5A be grades 2 by the object for the check of a speech program.

15W7508BBC (product made from Dynaudio) which is a 11.5cm corn type Woofer is adopted as low-pass.
The reappearance capability stabilized using a 7.5cm large caliber aluminum voice coil has been acquired. 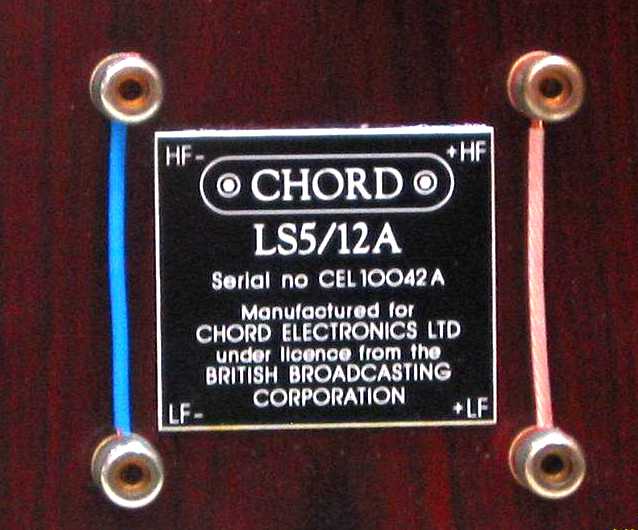 D-260BBC (product made from Dynaudio) which is a dome shape tweeter of a 2.8cm caliber is adopted as a high region.
this unit ferrofluid cooling is adopted and durability is improved by promoting thermal diffusion when a voice coil becomes a high fever by applying magnetic oil to a voice coil.
Moreover, low distortion has been obtained with Tran Gent excellent in molding and dumping a rear chain bar carefully.

The seal dead magnet which prevents a magnetic flux leak is used for a unit, and the use as a TV monitor is also attained. 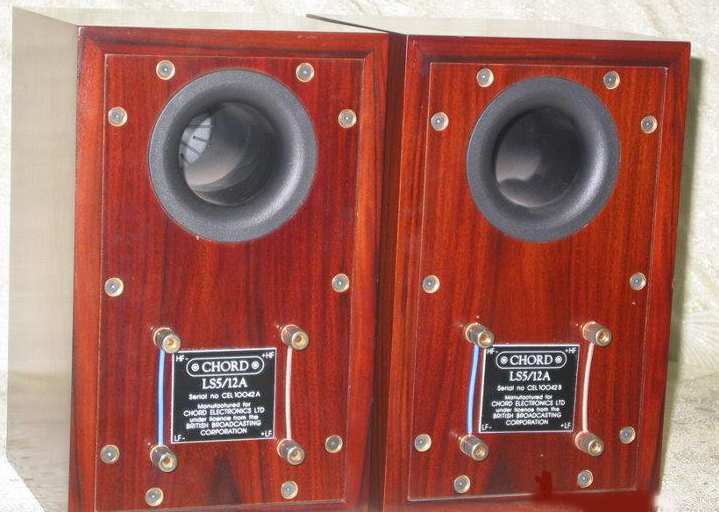 By having made the characteristic of the unit smooth, the network part enables simple-ization and has eliminated the complicated characteristic compensation network. Moreover, the component of highest-class grades, such as an air core inductor, is used, and the substrate is also using usual not 1 oz but 5-oz copper.

Enclosure is designed based on CAD, is divided to a rear bass-reflex port for the purpose of gaining low-pass [ rich ] from small capacity, and is carrying out careful consideration. As compared with enclosure size, the big port caliber was adopted as this bass-reflex port at the exception, and the low-pass response is improved by optimizing form and structure.
Moreover, acoustic diffraction is prevented by performing round processing to a front baffle.
Finish is rosewood finish. 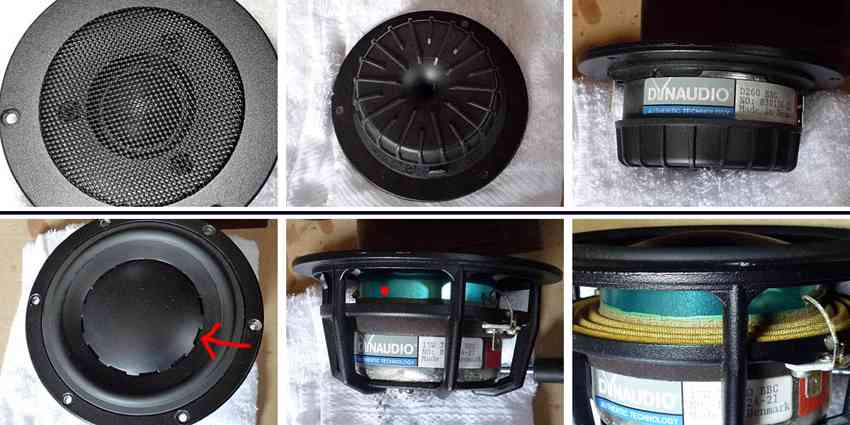 The thing of bi-wiring connection correspondence and banana plug specification is adopted as a speaker terminal.

The smooth characteristic and an allowable input were given to each unit, and also what cleared the standard of a permissible error of less than 0.25dB is adopted.

The final balance of a system gathers the pros of each field in the studio of BBC, is optimizing them by the intensive audition of comparing the sound of a speaker output and a live performance etc., and is polished up with emphasis on the reproducibility not only in the theoretical measured value in an anechoic room but an actual operating condition. 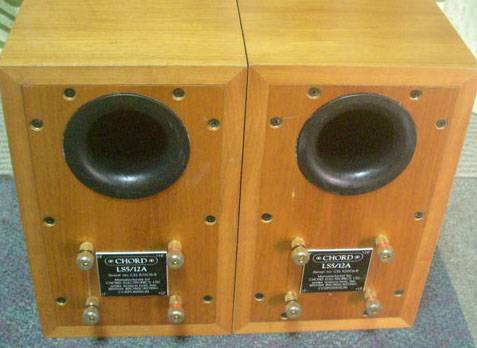 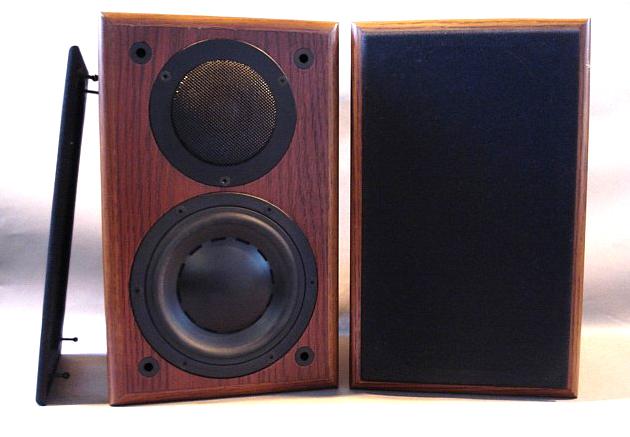 In the ice-cream world, chocolate is the universal end of the line. Vanilla experiments that taste great but look foul, maple syrup flavors that are more maple than syrup, tutti-frutti that’s too tutti—all are recycled as chocolate flavor, their visual sins permanently hidden from view. In the world of wood, the equivalent of chocolate ice cream is the ubiquitous “black ash” veneer. The original color and character of the wood are irrelevant: it all ends up stained black… 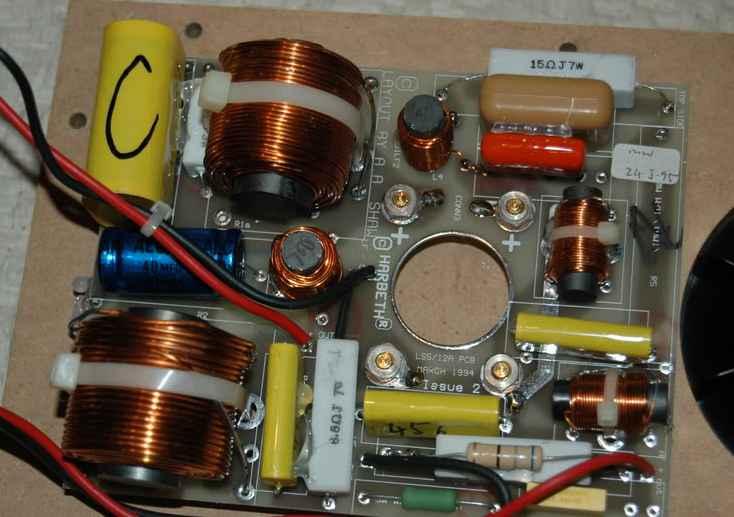